A. The Origin of Christmas Tree
Just as early Christians recruited Roman pagans by associating Christmas with the Saturnalia, so too worshippers of the Asheira cult and its offshoots were recruited by the Church sanctioning “Christmas Trees”. Pagans had long worshipped trees in the forest, or brought them into their homes and decorated them, and this observance was adopted and painted with a Christian veneer by the Church.

B. The Origin of Mistletoe
Norse mythology recounts how the god Balder was killed using a mistletoe arrow by his rival god Hoder while fighting for the female Nanna. Druid rituals use mistletoe to poison their human sacrificial victim. The Christian custom of “kissing under the mistletoe” is a later synthesis of the sexual license of Saturnalia with the Druidic sacrificial cult.

C. The Origin of Christmas Presents
In pre-Christian Rome, the emperors compelled their most despised citizens to bring offerings and gifts during the Saturnalia (in December) and Kalends (in January). Later, this ritual expanded to include gift-giving among the general populace. The Catholic Church gave this custom a Christian flavor by re-rooting it in the supposed gift-giving of Saint Nicholas (see below).

D. The Origin of Santa Claus

a. Nicholas was born in Parara, Turkey in 270 CE and later became Bishop of Myra. He died in 345 CE on December 6th. He was only named a saint in the 19th century.

b. Nicholas was among the most senior bishops who convened the Council of Nicaea in 325 CE and created the New Testament. The text they produced portrayed Jews as “the children of the devil” who sentenced Jesus to death.

c. In 1087, a group of sailors who idolized Nicholas moved his bones from Turkey to a sanctuary in Bari, Italy. There Nicholas supplanted a female boon-giving deity called The Grandmother, or Pasqua Epiphania, who used to fill the children’s stockings with her gifts. The Grandmother was ousted from her shrine at Bari, which became the center of the Nicholas cult. Members of this group gave each other gifts during a pageant they conducted annually on the anniversary of Nicholas’ death, December 6.

d. The Nicholas cult spread north until it was adopted by German and Celtic pagans. These groups worshipped a pantheon led by Woden –their chief god and the father of Thor, Balder, and Tiw. Woden had a long, white beard and rode a horse through the heavens one evening each Autumn. When Nicholas merged with Woden, he shed his Mediterranean appearance, grew a beard, mounted a flying horse, rescheduled his flight for December, and donned heavy winter clothing.

e. In a bid for pagan adherents in Northern Europe, the Catholic Church adopted the Nicholas cult and taught that he did (and they should) distribute gifts on December 25th instead of December 6th.

g. Dr. Clement Moore, a professor at Union Seminary, read Knickerbocker History, and in 1822 he published a poem based on the character Santa Claus: “Twas the night before Christmas, when all through the house, not a creature was stirring, not even a mouse. The stockings were hung by the chimney with care, in the hope that Saint Nicholas soon would be there…” Moore innovated by portraying a Santa with eight reindeer who descended through chimneys.

h. The Bavarian illustrator Thomas Nast almost completed the modern picture of Santa Claus. From 1862 through 1886, based on Moore’s poem, Nast drew more than 2,200 cartoon images of Santa for Harper’s Weekly. Before Nast, Saint Nicholas had been pictured as everything from a stern looking bishop to a gnome-like figure in a frock. Nast also gave Santa a home at the North Pole, his workshop filled with elves, and his list of the good and bad children of the world. All Santa was missing was his red outfit.

i. In 1931, the Coca Cola Corporation contracted the Swedish commercial artist Haddon Sundblom to create a coke-drinking Santa. Sundblom modeled his Santa on his friend Lou Prentice, chosen for his cheerful, chubby face. The corporation insisted that Santa’s fur-trimmed suit be bright, Coca Cola red. And Santa was born – a blend of Christian crusader, pagan god, and commercial idol. 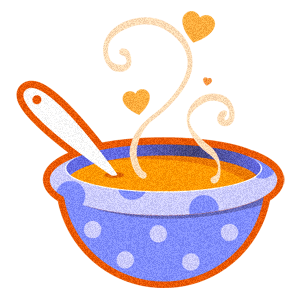