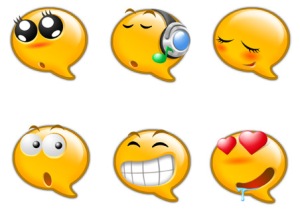 Now emotions play a freaking big role in our lives, especially mine. They can drag you to such an extent where things become simply not acceptable.  Be it fights with friends, boyfriend/girlfriend, parents, basically people who really matter. It bugs the hell out of you when things don’t seem to be going the way they should, which sucks. Now I am kind of a perfectionist. I like things preferably my way, but in an ethicality only. I rather say I do end up pleasing people, a lot but then I have my own boundaries too.  I’m sure all you guys reading, do feel completely exhausted by the fact when you so want something to go the right way & it ends up coming back on you, so badly. Someone said to me, ‘Expect the unexpected’. But I used to ponder with my full attention to what this someone said. For even expecting the unexpected, you gotta expect first. But believe me, this phrase worked wonders for me. At times, it is better just to keep things as senseless they are. From then on, I did not expect things & for the better. I started to live in the moment & give my best. I hated myself to want somethi8ng so bad & then see myself hurt. I can say this through a lot of experience. Sometimes, it’s best to let go & remain your calm. Reality is way too difficult to accept & deal with. At the end I would just like to add, it’s okay to be the not so cool one for the good’s sake. Ones who really care about you, will come back all the way. So stop being the attitude one, even if it is next to impossible. Take life as it comes & really, I meant it, MAKE the best out of the worst.

2 responses to “Being The Way, It Should Not Be”